Be a part of a community based network that makes positive changes for near South Omaha.
You may download our membership form here.

Please, email our Treasurer Garry Gernandt with any questions about membership. 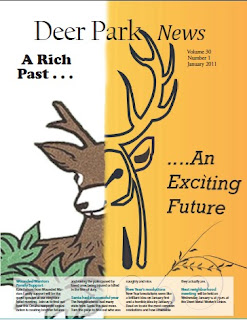 The 12 issue Deer Park News is published each month and is filled with the latest news of our neighborhood and surrounding area.

If you have a question about our newsletter, and/or wish to volunteer with the newsletter team, please email our editor Katie Duran.

Advertisers You may view and download our ad rates and sizes here. Please email Katie Duran with any additional questions.


Newsletter Archives
From the links below you can read, download, and or print our monthly newsletter.